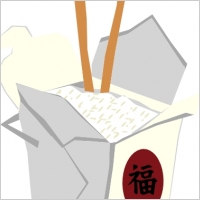 On Saturday night, my husband and I wanted to pig out on some greasy Chinese food. We placed an order at our local take out joint and was told it would be ready in 15 – 20 minutes. My husband went to pick up the order approximately 18 minutes after I called it in and this is the scene he painted for me.

There were at least five employees cleaning the restaurant (it was almost closing time) and they told him it would be another 15 – 20 minutes before our order was complete. Basically, our order had not even been started! When I called, the first thing I specifically asked was whether it was too late to order food and the gentlemen told me it was not and actually thanked me for calling! My husband was irate and instead of causing a scene, he turned around and walked out. Then, he drove home empty handed. We both said “screw it” and decided we were not going back for the order since they didn’t fulfill their end of the bargain!

The restaurant started calling our home and leaving messages saying our food was ready (keep in mind, this was at least 45 minutes after I placed the order initially). They kept making excuses, saying I must have misunderstood how long the food would take when I called, yada yada yada. I saved the messages “just in case” I’d need them. The phone kept ringing every 10 minutes, so and I just unplugged it and eventually went to bed.

On Sunday afternoon, I received a message (of course I’m still screening calls because I do not want to be harassed) and the manager said he has a gift certificate for us and apologized for the mishap. Unreal! But, at least I don’t have to be so paranoid when the phone rings now.

Have you ever ordered take out and not picked it up? I guess if I ever decide to order there again, I’ll use my cell instead of my home phone so they do not recognize me!